Dr. Goodlove is the Savedest man in the history of the Republican party.  Only the Right Rev, and probably God too, if he's having a good day, can save your relationships!  He’s the all time sinless streak leader.  Dr. Goodlove has gone 41 years without committing any sin at all!  He broke the previous sinless streak set by Jesus Christ.  Christ went from age 12, when he announced that he was about his Father’s business (Luke 2:49), until his death at age 33 (21 years) without sin.  Moses, who is 3rd on the list only managed, a two year sinless streak.

Hebrews 13:4: For such an high priest became us, holy, harmless, undefiled, separate from sinners, and made higher than the heavens.

He obtained both his graduate degree and his Ph.D. from Rand Paul Libertarian University, which is the same place that presidential hopeful Rand Paul got his. 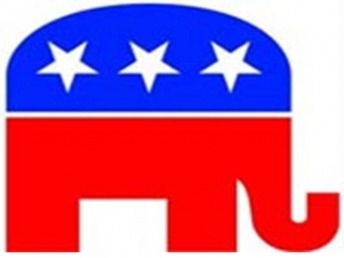 Don't call 911! Pay cash for your own privatized police and fire protection!
The Right Reverend Dr. Thurgood Goodlove is a spiritual advisor to most of the entertainment and political elite.  Here is what some of them had to say about him:


Ronald Reagan (former U.S. President and Republican icon): If I could come back from the dead the Savedest man in the history of the Republican party, Dr. Thurgood Goodlove would undoubtedly be my spiritual advisor.  In fact, I would appoint him as the for life Chair of the RNC!  He is a man of impeccable character and integrity.

Abraham Lincoln (former U.S. President): If I could come back from the dead I’d have no problem tapping the Right Reverend as my spiritual advisor.  I thought that he was black but I learned that he is living with the heartbreak of revitiligo, that’s the opposite of what Michael Jackson had with his skin.  That being the case I’d have had him at the highest cabinet leadership position.  His morality can not be questioned.

Michael Jackson (pop star legend): If I had just joined the Prayer Cypher for $9.99 per month, payable on the first day of the month, I would probably be alive right now.

Lady Gaga- Stefani Joanne Angelina Germanotta (pop star): Until I accepted prayer from the Right Reverend Dr. Thurgood Goodlove my “career” was in the toilet.  After joining the Prayer Cypher I by chance ran into Akon and the rest as they say, is history.

Lebron James (NBA superstar): I’ve joined the Prayer Cypher because I need the Right Reverend to pray me into a championship.  Prayer changes things!


The Jonas Brothers (pop stars): We take our celibacy vow very seriously.  If not for the prayers of the Right Reverend and the Prayer Cypher I don’t know how we could’ve made it through!

Lindsay Lohan (actress): Thanks to the Prayer Cypher I was able to get out of jail early.  I love Goodlove so much!

Nas- Nasir bin Olu Dara Jones (hip hop legend): Dr. Goodlove was the inspiration behind the song I did with Jay-Z, Black Republican.  I know that he is living with the heartbreak of revitiligo, that’s the opposite of what Michael Jackson had, but I thought he was black at first.


Scarlett Johansson (actress): I wasn’t that pretty when I was coming up but I prayed and prayed.  One day I had a chance meeting with the Right Reverend Dr. Thurgood Goodlove.  He told me that I would be rich and famous just like he was if I prayed and had faith – just like he does.  Well, he was so right!!!


Donald Trump (mogul): As soon as I joined the Prayer Cypher I was blessed with another hit show!  Praise the Lord for the Right Reverend Dr. Thurgood Goodlove!


Rush Limbaugh (syndicated radio talk show host): He is unequivocally my spiritual leader.  I consult with him as often as I can because his wisdom and perspective are unmatched!  Dr. Goodlove is singlehandedly responsible for me losing 10 ounces, which allowed me to snag my 14th wife.  Hopefully, this time gay marriage won’t cost me another marriage!

Clarence Thomas (Supreme Court Justice): Chief Justice John Roberts loves the Right Reverend Dr. Thurgood Goodlove!  Scalia and Alito also love him and rely on his sacred and sound judgment!  That means that I love the good reverend too!


Bill O’Reilly (Fox New personality): I take absolutely all of my inspiration from the Right Reverend.  Dr. Goodlove epitomizes American values.  I love him.


Sean Hannity (Fox New personality): I’ve been a Goodlove Acolyte from day one.  Only with prayer by such a saved man, the Savedest man in the history of the Republican party, could someone with a voice as irritating as mine is, become a multi-millionaire.  Thank you for blessing me Right Rev.


Greta Van Susteren (Fox New personality): The fact that I’m a lesbian and a Scientologist did not stop the Right Rev for praying for me when I reached out to him.  I’m so happy to have him as such an integral part of my life.  He’s just the very best!
republicans for obama republobamicans sex goodlove thurgood rollo boondocks relationships love marriage